DeJuan Blair And The NBA Return To Pittsburgh

Share All sharing options for: DeJuan Blair And The NBA Return To Pittsburgh 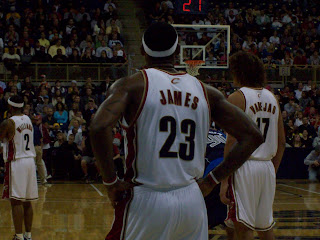 Former Pitt standout DeJuan Blair will return to The Pete when the San Antonio Spurs take on the Cleveland Cavaliers in an NBA preseason game. I'm not sure, but I think I've heard something about the guy pictured not being there for some reason. I've gone to these games several times.  They usually are missing some stars due to guys taking it easy, but are always fairly entertaining.  Good seats can also be had if you get in early enough and it's a good chance to see the NBA up close.
The date/time has not yet been announced, but should be known next month.  The game will take place in October during the NBA's preseason.

And speaking of Blair, Ray Mernagh of NBE has discovered a disturbing music video featuring the former Panther. Not disturbing because it's rap or it's a tribute to deceased friends, but disturbing because he is singing with that stupid electronic voice sounding thing, which is a new trend in music.  Not bad DB, but don't quit your day job.