Share All sharing options for: The Repackaging of Todd Graham Is Predictably A Box Full Of Crap 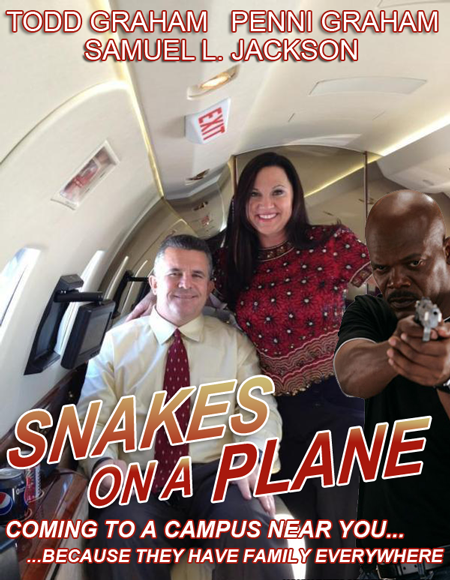 Todd Graham isn't getting a lot of positive publicity lately. Between getting slammed by virtually every college football pundit around to a press release giving him credit for WVU's turnaround under Rich Rod (he was the linebackers coach), it hasn't been a great offseason for Graham.

To counter that, Graham has been extra friendly to the Phoenix media in hopes of getting some good press, at least locally. It makes sense, since he's getting creamed everywhere else. Even a salesman like Graham can't sell recruits with the constant buzzing of negativity in his ear, so it seems it's important to at least win over the local guys.

The newest part of Graham's Phoenix media blitzkrieg is an FSN Arizona special, "In My Own Words." Like the ones done by FSN Pittsburgh (back when there was such a thing), an interviewer pitches softballs and the subject predictably knocks them out of the park. It's not hard news and it's not meant to be. It's made for fans' approving consumption and I have no doubt that ASU fans will lap it up.

The special is being released online in segments as a lead up to the television debut. Today, FSN released the segment in which Todd Graham discusses his "stint" in Pittsburgh. Fun.

Obviously, the short segment is full of easily debunked lies spewed by Todd Graham. Imagine that.

First, let's get the low-hanging fruit out of the way:

On how he let the team know: "If I had to do it all over again, I would have tried to call a 6:30 (am) meeting and try and go and do it that morning."

If only there was time! If only he had the opportunity to call some sort of meeting instead of sending a text message to an athletic department staffer and asking them to please forward it on to the players.

Yeah, about that.... Turns out there already was a mandatory conditioning practice that morning. And when was it? It just so happens that it was a 6:30 am! Did he mean Mountain Time? Because Todd Graham setting his watch while he's on the phone with ASU AD Lisa Love is a scene I can totally visualize.

“I resigned my job at 10:30 at night and I was leaving (for Tempe) first thing the next morning.”

Not according to Steve Pederson, who puts the time of resignation at 8:15. Again, I'd like to think Todd Graham was already using Mountain Time.

Minor, but worth noting. Now the fun stuff. How's this for a bomb?:

Of the things that were said about the way he left: "One of the things was one of my coaches – who wound up being the interim coach – they were saying he didn’t know about it, well, he took me to the airport."

Just go to 12:52 for the relevant part. That would be a Mr. Keith Patterson, who reportedly turned down the ASU defensive coordinator job because of his disgust with Graham. That being despite the two of them being college roommates and spending their entire careers together. Keith Patterson then became the DC at Sun Belt school Arkansas State for fellow ex-Graham coordinator Gus Malzahn, most likely making significantly less money than he would have at ASU. (He eventually became linebackers coach for WVU).

So I guess it comes down who you believe.The visibly shocked and saddened Keith Patterson or the used-car salesman? You can decide for yourself.

(All quotes transcribed by the awesome people at FSN Arizona who were kind enough to send us a press release.)