A few months back, I looked at Pitt's recruiting territories that accounted for the current roster, comparing them with those of local schools Penn State and West Virginia at the same time. I got another great resource for tracking Pitt's recruiting efforts and found some pretty interesting things.

This site has an interactive map where you can also chart a school's recruiting efforts, but over several years. Want to see where Dave Wannstedt went in 2006? Have at it. How about Todd Graham's sole class in 2011? That's there, too. So with that knowledge in hand, I wanted to do some comparison work on what the school is doing now under Paul Chryst vs. what they did in the past.

The map goes back to 2002, but doesn't have full info for some of the earlier years. So that made it pretty easy for me - I compared Chryst's efforts to Pitt's last coach (no, Graham doesn't count) - Dave Wannstedt.

We all know Wannstedt had put together higher-ranked classes, so that wasn't what I was looking for. I wanted to see where they both went for players. To the footage.

We start with a look at Chryst's three classes. Here is his recruiting map for the 2012 Class - his first one. Note that the size of the Pitt logo is indicative of the star a recruit got. A two-star player equals a very small logo while a five-star recruit is denoted by the largest one. You also obviously can't make everything out because of the overlap, but those are the breaks. 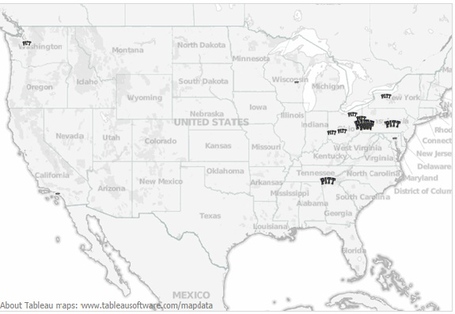 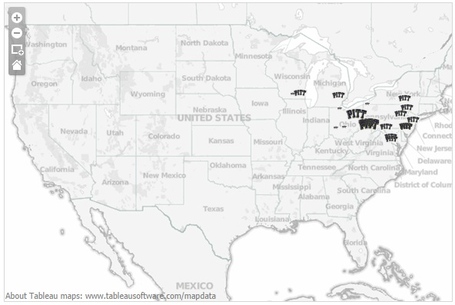 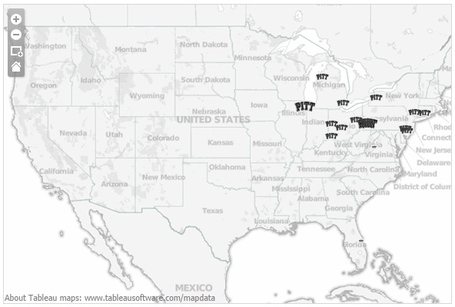 Add it up, and here is Chryst's recruiting map for all three of his classes: 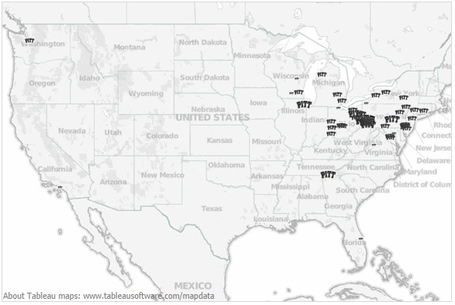 We see the usual amount of western Pennsylvania action, which isn't surprising. But the one thing we also see is a pretty wide branching out. Chryst is still remaining in his part of the country, but there's a lot of reaching out to places like New York, New Jersey, Maryland, Michigan, Wisconsin, and Ohio. He's even grabbed kids in places like Virginia, Illinois, Tennessee, Washington, Florida, Delaware, and Connecticut, on occasion. 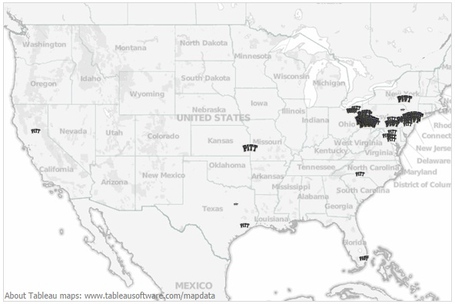 Wannstedt's entire focus was always putting a fence around western Pennsylvania and keeping the likes of Penn State, West Virginia, and Ohio State out. Sometimes that happened and sometimes it didn't, but his general strategy was pretty clear. The map is heavily saturated in western and eastern Pennsylvania, and while he went into places like Ohio, New Jersey and Maryland, that was really it. Even the Florida pipeline he had earlier in his Pitt career had dried up by that point as the focus went more east. There were the occasional grabs in other states, but Chryst has had that, too.

Another thing to consider is that 2012 for Chryst was kind of a crapshoot. He had little time to work after just being hired and as a result, the majority of that class was from Pennsylvania and Ohio. There's a good chance that once the 2015 class is done that the map will be even more diverse if we replace that initial season.

The thing to watch is if Chryst continues to dig back into his old stomping grounds for kids or if that eventually dries up and he looks closer at eastern PA and takes more kids from the Mid-Atlantic region. With his long history in Wisconsin and established relationships with the high school coaches there, my guess is that pipeline remains open for quite a while if he wants it.

Most people don't really care all that much where these kids come from. The focus is on just finding the right ones, as it should be. But in case you needed a visual as a reminder that the approaches of Wannstedt and Chryst are vastly different, here it is.