Share All sharing options for: Yet Another NCAA '13 Simulation - Pitt Suffers Disastrous Season 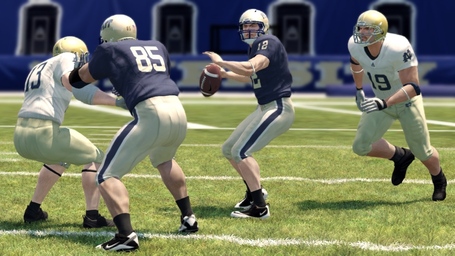 I promised earlier that we were done with NCAA '13 simulations. That was the plan, but I found another simulation worth noting. Another one run landed Pitt not only near the bottom of the conference, but had a surprise winner of the Big East.

Pitt was only 4-8 in this somewhat bizarre simulation found here. The Panthers won only two Big East games on their way to their worst season in years. Almost as surprising was that the Temple Owls went 6-1 in the conference and won the Big East with an 8-4 record before they were crushed, 38-10, in the Fiesta Bowl by Kansas State.

Cheer up, Pitt fan - there is some solace to be taken in that West Virginia was also 4-8 in their first season in the Big 12.

And Arkansas won the national championship over Wisconsin, by the way.

Hard to take this one too seriously. I don't think Pitt's schedule will allow them to be 4-8. The Panthers should pull out wins against Youngstown State, Buffalo, and Gardner-Webb and it's hard not seeing them squeeze out more than one win the rest of the way in the Big East.

This post was sponsored by EA Sports NCAA Football 13. Check out the video for the game below.