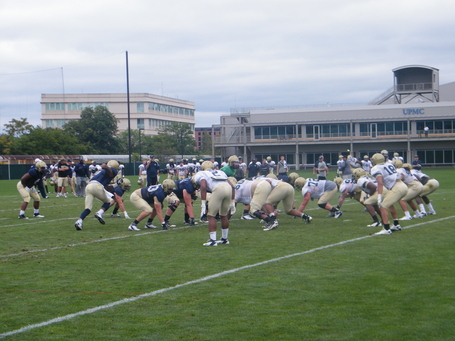 Pitt continued with two-a-days Wednesday and I was fortunate enough to be at the evening practice. Unlike Monday, Wednesday night was in shoulder pads and shorts as opposed to a full pads practice. However, that doesn't mean the practice was supposed to be any less intense. The coaches didn't like what they were seeing intensity-wise from the players early, even stopping a drill to called the players in for some extra motivation. After that, things picked up considerably, despite the lack of lower pads.

A rundown of practice and some observations after the jump.