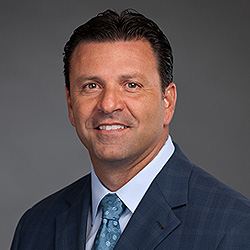 Last year, ESPN was so impressed with us that they decided to throw several awesome Q&A opportunities our way. Okay, either that, or, more likely, they felt sorry for us. In either event, I had the opportunity to do a brief emailed Q&A with ESPN broadcaster and former Pitt quarterback John Congemi.

Congemi was the quarterback for Pitt after Dan Marino (talk about thankless jobs) and later had a very solid career for many years in the CFL. Since his playing days, he has made quite a media career for himself. Congemi will be calling the game on ESPNU so if you don't make it down to the game, be sure to tune in to the broadcast. Heck, even if you do go, DVR it and look for yourself on TV later.

He joined me to talk about his playing career, Tino Sunseri, Paul Chryst, and more. Check out his answers to my questions below:

Cardiac Hill: Do you get back to Pittsburgh much for anything other than doing commentary?

John Congemi: Yes, I come back every year for the Mario Lemieux Celebrity Golf Invitational, Tony Dorsett's charity golf event and others in the summertime.. I also have a daughter that's in her Sophomore year at Pitt. She's red-shirting this season on the women's volleyball team, so I try to get to one or two matches a year.

What do you think of Pitt's move to the ACC next season? Will it be a bit weird not calling as many Panthers' games since they'll no longer be in the Big East?

It will be exciting for Pitt moving into the ACC that's for sure. I'm now on the ESPNU Noon game that covers multiple conferences so there's still opportunities to watch and cover Pitt games.

You played your pro career in the CFL - can you talk a little about the adjustments you had to make?

CFL was a huge difference because of the wider field and the 12th man on the field. The unlimited motion was a big adjustment as well but it was a fun league to play in, and glad that I had that chance.

I'm sure you're asked about your playing career at Pitt all the time, but what are the memories you have off the field from being at the university?

Just about the great people that I've met in my time in Pittsburgh. Most of them have become life long friends and I always feel like I'm coming back home every time I'm back in the city. Great times in Oakland that I will always cherish.

Pitt has any number of problems right now. There have been issues with play at quarterback, on both the offensive and defensive lines, and at linebacker, most notably. You could also question some of the coaching as well. Has any one thing jumped out to you more than others as the biggest problem facing the team?

Team speed on the defensive side of the football and just an overall awareness of what your job is on the field. Things like keeping contain if your the boundary defender or offensively just being aware of the situations with clock management, etc...

As you might guess, Tino Sunseri gets a lot of the blame on our site. From what you've seen of him in the past and taking the offensive lines he's had to work with, how would you judge him as a quarterback over the three years he's been the starter?

Not ready to judge him because he still has some work left to do this season. Tino has taken a lot of criticism of the past three seasons, but he still keeps lining up ready to give his best every game. There's a lot to be said about that. Hopefully he will get some help from his offensive line and wide receivers this week. A healthy Ray Graham will help any quarterback look more consistent. I will say this, Tino needs to be more consistent throwing the football down field with a little bit more air on the football. When you have chances to complete throws for touchdowns, you must be more accurate and hit these with consistency.

Pitt is hoping their coaching carousel has ended with the hire of Paul Chryst. He's off to a slow start, but do you think he's ultimately the guy to get things turned around?

What areas of Virginia Tech's might the Panthers be able to exploit to keep the game close or even pull off an upset?

Virginia Tech is very good stopping the pass but deficient through two games against the run. The Panthers need to play ball control and when they have chances to score, get seven points instead of opportunities for three. Anytime you play the Hokies special teams plays a role in the outcome. Maybe the big play on special teams will be made Andrew Taglianetti to turn the game in the Panthers direction!

It really goes without saying, but thanks to John for taking the time out to answer a few questions. Don't forget to hear him call the game on ESPNU this weekend.