Share All sharing options for: Hail To Links! The "John Swofford Continues His Ninja-Like Ways" Edition 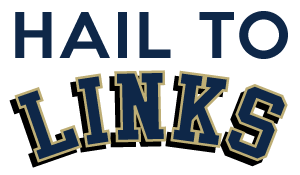 For the past 18 months, the Big XII and their members have chosen to play out conference expansion much like a sixteen year old girl would, very publicly via social media. ACC Commissioner John Swofford has taken a much different route for the last decade. He moves quietly, swiftly, and hides in the shadows until... *BOOM* ...the ACC just did something awesome. Is Swofford once again up to his ninja-like ways?

ACC presidents invites Notre Dame to their secret lair. Rumors began to fly around on Sunday that Notre Dame officials were in North Carolina meeting with ACC officials. Today, Notre Dame confirmed that there had been contact.

Forget January bowl games, what about a Labor Day marquee matchups? GreenvilleOnline.com suggests that instead of the ACC partnering to play Notre Dame in the Orange Bowl, why not play them in primetime during the opening weekend?

Beasts of the BIG EAST (well, sorta). ESPN's BIG EAST Blog takes a look at the winningest coaches in BIG EAST history. Only problem, only two of the coaches listed ever coached an actual BIG EAST game.

Quality, not quantity. Today, the list of athletes attending the BIG EAST Media Day was released. Syracuse has the most players (5) attending, but Cincinnati is sending their punter.

Before there was Tecmo Bowl, there was Electric Football. Norman Sas, the creator of everyone's favorite vibrating football game, passed away recently.