So You're Playin' The Ol' Nits In Shootyhoops?

An old rivalry is renewed. If, like, anyone cares.

Share All sharing options for: So You're Playin' The Ol' Nits In Shootyhoops?

Between Pitt curb stomping Penn State in 2005 and today, people who compile schedules have been making conscious decisions to not have the schools play in basketball. Even after everyone's egos decided the two-now-four-year football series was a good idea, it took the ACC and Big Ten to bring the hoopers together.

Depending upon whom you ask, this will be the 146th (that's what Pitt says) or 145th (that's what Penn State says) game the rivals have played (Penn State leads the series 75 or 74-70). That's 64 or 63 more meetings than the precious City Game rivalry that people would systematically freak out about losing. And yet, Pitt-Penn State went on an eight-year hiatus with a whimper of "They hurt our RPI," and "LOLOL Milos Bogetic," who, by the way, was worse for Mercyhurst than he was for Penn State. Look it up.

During that time, you all know what's happened to Pitt: a national (CBI) title run, Scottie Reynolds, losing to Bradley, Xavier and Wichita State in the NCAA Tournament; all things that Penn State fans are SUPER jealous of.

But what have the Nits been up to? Well... 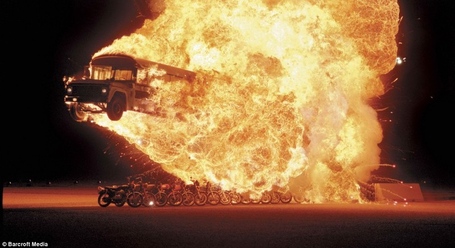 -The chaos of winning not one but two (so, so #B1G) games by scoring fewer than 40 points, somehow upsetting national-runner up Michigan last year after losing 14 straight to open Big Ten play (It made everyone want to "mother****ing dance right now") and watching Bruce Parkhill's favorite son bolt the program for Navy.

All in one shot.

Now, Pat Chambers' crew is rolling into the Pete on a bit of a high. The Nits are scoring at an 82.3 points per game clip that I'm not sure even they believe is real. They've picked up solid wins against La Salle and St. John's and gave the fightin' Marshall Hendersons all they could handle on Saturday.

Most importantly, they have the Big Ten's best back court of Tim Frazier and D.J. Newbill intact. Frazier was an All-Big Ten selection in 2011-2012, back after missing most of 2012-2013 with a ripped Achilles. Newbill is a slasher by trade and Penn State's leading scorer last season. He's added a lethal jumper this season. Combined, they're averaging 38 points, 11.4 rebounds and 10.3 assists per game.

Beyond that, Penn State is plagued by inconsistency. Forwards Ross Travis and Brandon Taylor can chase double-doubles some nights and be completely invisible the next. Allen Roberts has been trying to fill the swing role of the departed Jermaine Marshall with mixed results. And Donovon Jack has been up and down in addition to having a darkhorse nightmare name to type.

In the pre-preseason, I thought Penn State would have a pretty good shot in this one. Once Marshall made a bizarre transfer to Arizona State it didn't look good. This squad has been surprising in the early going and has the look of an NIT team at minimum.

From Pitt's perspective shutting down the "other guys" will probably be the key. Frazier and Newbill are both adept at getting to the free throw line, even when they're not having great shooting nights, so they'll get their points. The marquee matchup will probably be Talib Zanna against Travis in the post. If Zanna can contain Travis' rebounding and 11.7 crucial paint points per game, the Panthers will be in pretty good shape. If he can't, it's not hard to see Penn State lighting up the Pete scoreboard then 93.7 The Fans switchboards postgame.

If that happens, don't be surprised to hear an historically impassioned rendition of the unofficial basketball theme song rolling over the Alleghenies for like a week.