December 7th, 2010...the day the coaching carousel began at Pitt.

The ridiculousness of the University of Pittsburgh coaching carousel came to an end yesterday afternoon when Wisconsin AD Barry Alvarez announced that he would not be pursuing Paul Chryst to be his next head coach. It's only fitting that this end came almost two years to the date after this all began.

That date, December 7th, 2010, the day Dave Wannstedt was fired forced to resign.

I guess it's only fitting that we take a look back to that day and pay tribute to the man who is the reason that many of us are even here to blog this at Cardiac Hill. So, from the archives, here is our original post from the Fighting Wannstaches:

So it happened...Dave Wannstedt was forced to submit his resignation and is no longer the head coach at Pitt. For the entire sub-par 2010 season, most every Pitt fan had an opinion as to whether the Wannstache should remain the head coach after this year, including us. But that no longer matters because the one man whose opinion does matters, AD Steve Pederson, showed his hand yesterday afternoon.

We can all sit here and say things like "he didn't win conference championships" or "he didn't win the big games", but none of that matters at this point. We all know these facts, the administration knows these facts, and the administration knows the fanbase was not happy with the on field results. But regardless of your feelings on this matter, it is a sad day to see a Pitt guy lose his job. Wanny bleeds blue and gold just like we do, and he wanted nothing more than for this team to succeed. In all honesty, we all have to be a little jealous of him these past six years...how many of us can actually wear Pitt gear to work every single day?

We always hear people say how great of a person Wanny is and how he has done great things for this program, the university, and the players themselves. This can't be denied. There was never any Cam Newton/Southern Cal type recruiting or agent scandals. Graduation rates have inproved under his tenure. He would often make surprise checks to classes to make sure his players were attending. He even ran a fairly clean program, despite a few incidents earlier this year. One former player, Elijah Fields, who Wanny kicked off the team for issues last year, had this to say on Twitter yesterday:

"What's All This Talk Wanny Gon From Pitt?....wanny is a great guy he stuck in there for me and is just a all around good person Salute To Him!!"

As for the rest of the players, what do they think of their coach?

Keep in mind that they were not invited to this press conference. They found out about it on their own shortly beforehand and showed up at the Southside facilities to support their coach. It's over and done, we know that. But speaks volumes as to the man that Dave Wannstedt is. We are glad that he is staying on in a role within the Athletic Department. We are proud to call him a Pitt guy.

Today, we are damn proud to be Fighting Wannstaches. We salute you Coach. 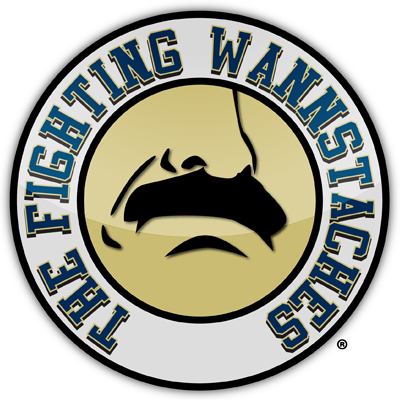