Pitt's Secondary Continues To Impress And Other Camp Notes

Share All sharing options for: Pitt's Secondary Continues To Impress And Other Camp Notes 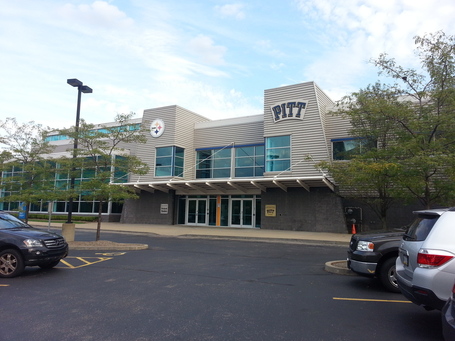 Monday night marked my first observation of training camp and while it's a lot to take in all at once, it's hard to miss how good Pitt's secondary could be this season. Even with the coaching turnover that has decimated the recruiting at other positions, Pitt has talent starting in the secondary, talent in the two-deep and young talent waiting in the wings. K'Wuan Williams and Cullen Christian started at center flanked by safeties Ray Vinopal and Jared Holley. The safety battle will like continue with returning starter Jason Hendricks and Andrew Taglianetti competing for time. At corner, young guns Lafayette Pitts, Jahmahl Pardner and Lloyd Carrington should also be in the mix. Pardner and Carrington both stood out Monday night, while Pitts was excused to attend a funeral.

Some observations and comments after the jump.

Coach Chryst addressed the team after the completion of redzone drills. I wish he would have said "I don't have a five year plan, I got a one year plan" just for kicks.

Finally, we have a montage courtesy of the Pitt Livewire blog. No montage is complete without Joe Esposito's "You're The Best Around," but this will do: