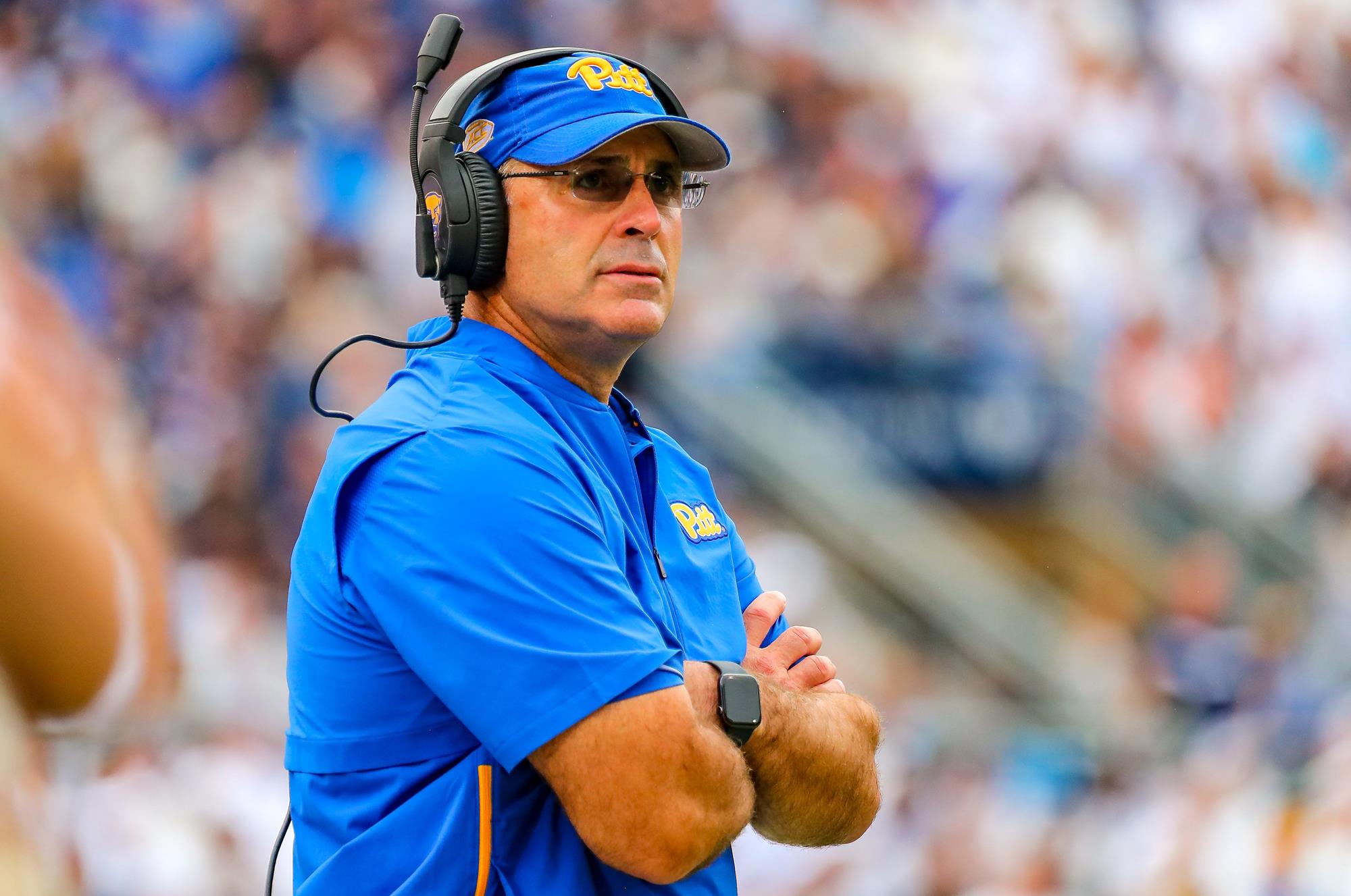 I spent Thanksgiving morning having coffee with my three favorite Syracuse football fans: my two brothers and my dad. I have to admit, a holiday of giving thanks and talking Syracuse football really put things in perspective. Syracuse fans don't just want Babers' job - they want his car and house too. After discussing possible replacement candidates, my dad - a Syracuse fan for 60 years - lamented the cynical but probably true reality that any coach talented enough to bring Syracuse out of the wilderness would be poached within a couple years (i.e. Doug Marone). Naturally, as a self-absorbed Pitt fan, my mind began to wander to our own football program.

In his 6 seasons at Pitt, no serious attempt has been made to poach Narduzzi, but neither has he committed a fire-able offense. Narduzzi brings many talents to the table, first and foremost is defensive wizardry. No one can deny he knows how to build an elite defense. However, he also has shortcomings, such as his mediocre in-game decision making, which keep him from being poached by a blueblood or NFL program. So, if Pat Narduzzi isn't worth poaching, but doesn't deserve to be fired, where will his legacy be?

That book is still unfinished, so it might be premature to say, but I think I can tell where it's headed. With a middling offense that is moderately talented in the run and pass game, Pitt would be a significantly better football team. Narduzzi has had great success winning over WPIAL talent, and has put something special together on defense. If Pitt can achieve the modest goal of obtaining a slightly above average offense (starting by replacing Whipple), the team comes away with the games like BC and NC State where the difference was settling for a field goal in the redzone multiple times where a slightly better offense could turn at least one of those into a touchdown.

Given this fair(?) assessment of Narduzzi's past and the probable extension of what's to come (or at least the realistic attainability of what Pitt's offense would need to be to make this the case) I think Narduzzi will be able to string together a handful of 8 and 9 win seasons with some 6 or 7 win down years peppered in there, a couple Backyard Brawl victories, and another big upset or two. He's still going to drop the occasional game to BC or a down Miami on the last game of the regular season. He's still going to call field goal attempts when it makes no sense, and he's still going to create a volatile team culture that fosters discipline-based penalties on the field and inconsistent play. However, no one can deny that with a marginally better offense, the teams of 2018-20 are 8-9 win teams.

There is no doubt in my mind that if Narduzzi is not able to keep the defense where it is and improve the offense to resemble a reasonably well-functioning P5 offense, he won't (or at least shouldn't) get his contract renewed (sorry for the triple negative). His tenure would be rather un-notable when compared to his predecessors thirty years prior. However, I don't think that's going to happen. Guys like Jaylen Twyman, Patrick Jones, Paris Ford, Rashad Weaver, and others well on their way to the NFL makes a convincing argument for Pitt being Defense U, and I think that's a recipe for consistently drawing good recruits on that side of the ball. As for the offense, the goal is too obtainable to fail, since all it takes is competency. And when obtained, the writing's in the replays when you look at all the games Pitt just needed slightly more talent or versatility on offense to get the win. Because of that, I think Narduzzi's tenure will last another 8 years, and the win totals are going to look something like 7, 8, 8, 9, 6, 8, 9, 7.

So...what does finishing like that mean? What is that? What would be the sum of the man, Pat Narduzzi? "He beat Clemson in Death Valley. He beat Miami when they were undefeated headed to a playoff spot. He won the Coastal. He kept Pitt in a Bowl game from 2018-28. He had a couple 9 win seasons. He lost bowl games he shouldn't have lost. He dropped should-win games that would have put Pitt in the ACC Championship. He never won an ACC Championship despite his perennial promise to do so. He lost the PSU home and home 1-3. He never brought Pitt to a New Years 6 Bowl game. He left Pitt in a marginally better position than where he found it. He made sure that Pitt was a respected presence in the league. He put Pitt back on the map, and built a team reputation for developing great defensive talent. He re-secured the WPIAL recruiting grounds."

What would this mean? What should it mean? What can anyone make of this thing that there is no sensible word for? Not greatness, but goodness? What would have happened to greatness if it found its way to Pitt in the early years of Narduzzi's tenure? Where would Narduzzi have gone after an 11 win season and a blueblood school decided they wanted their pick of the litter? Is Pat Narduzzi the guy who simply gets Pitt football onto the life-raft? Does he make Pitt football a place an up and coming elite coach will want to be someday down the road, and not merely a stepping stone to a blueblood school? Is he the guy who doesn't win the 10th Championship himself but lays the foundation for the 10th Championship 12 years from now? Pitt doesn't need greatness right now. They need a serviceable O Line, a reliable QB, and a TE for next season. Pat Narduzzi probably won't be a great hero of college football, but is he the hero Pitt Football needs right now? The one we tar and feather now, because he can take it. Because he's not our hero. He's a silent guardian, a watchful protector. A guy who is as good as you can be at Pitt right now, without getting poached by a better program. A dark knight.

Or who knows, we might go 2-10 next year and fire his ass. Either way, something to think about.